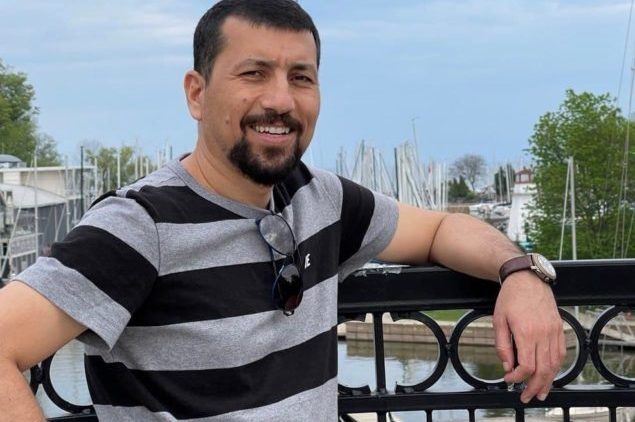 When Ali Khalaf left Iraq in 2018, he had been using his master’s degree in international business to teach management, e-commerce, industrial organization, and commercial law at the University of Basrah. When he arrived in Canada, he was eager to continue doing what he loves—teaching—and planned to earn his doctoral degree.

But things didn’t go quite as planned.

Ali had to quickly adapt his plans in order to pursue a fulfilling life and career in Canada. And, because he is an instructer at heart, he wanted to figure out how he could share the lessons that he learned with others.

Ali created a unique path for himself and found a way to inform others about how to succeed in Canada. Read his story below.

A New Path in Canada

Upon his arrival in Canada, Ali settled in Guelph (which is about 100 kilometers west of Toronto). He wanted to apply for a doctoral degree program at a local university. However, he learned that he could not obtain copies of his previous academic documents from Iraq.

“I tried to get my education assessed at one of the Canadian evaluation centres, which took almost two years and ultimately was unsuccessful,” Ali said. “Unable to obtain my academic documents from Iraq, I had to eventually postpone my plans.”

Instead, Ali enrolled in a six-month media journalism program at Ryerson University.

He then secured an internship with New Canadians, a broadcast series that represents the stories of immigrants. He also volunteered as a documentary producer for a local festival.

Curious to Learn What Documents You Would Need?

While exploring Canada’s media industry, Ali continued looking for ways to have his education from Iraq recognized.

He thought that he might find guidance at one of Canada’s many settlement and employment agencies. After doing some research, he ultimately reached out to Achēv, which provides employment, newcomer, language, and youth services.

“I learned about the WES Gateway Program from an information counselor at Achēv—Rasha Abdulsattar. I would like to thank WES for this helpful program and Rasha for introducing me to it,” Ali said.

Through the WES Gateway Program, individuals can receive a credential evaluation even if they have difficulty accessing official records due to adverse circumstances in the country where they were educated. This version of a credential evaluation can help certain immigrants and refugees continue their career, become licensed, or return to school.

“The partnership between WES and Achēv is a validation of how highly skilled immigrants and refugees are supported through the wraparound services that enable them to integrate and thrive in their communities and the workplace,” said Agnes Wilczak, director of Achēv’s Newcomer Information Centres.

In the three years since he arrived in Canada, Ali completed a media course and launched his career in Canada.

Today, Ali is a producer and editor with Sound Vision Foundation.

But job satisfaction wasn’t enough. He wanted to figure out how he could use his skills to help individuals who were having a more difficult time adjusting to their new lives in Canada—especially if they had escaped conflict in their homeland and felt disconnected from their support systems back home.

This motivated Ali to start a YouTube channel about life in Canada for Arabic-speaking newcomers. Today, it has 7,000 subscribers. He uses his platform to share advice with other newcomers, as well as inviduals who are planning their move to Canada.

“The media industry is incredible. I’m very busy right now,” Ali said. “[But], eventually, I’d like to teach management or business at a higher education institution. It is my dream job.”

In the future, Ali would like to secure funding or scholarships and use his credential evaluation to pursue a doctoral degree.

When he lived in Iraq, Ali was not only a lecturer. He also managed the production and promotion of events for the university’s cultural centre. He coordinated 30 to 40 events a year, from exhibits to graduation ceremonies. This work allowed Ali to support young artists and help them develop their talents.

This aspect of his work has always helped Ali achieve the fullest levels of personal fulfillment. He wanted to continue that pursuit while in Canada.

Today, in addition to his YouTube channel, Ali has volunteered with employment agencies and immigrant-serving organizations in Guelph. He helps newcomers with computer classes and provides interpretation for Syrian and Iraqi immigrants.

Here is a piece of advice that he gained from his volunteer work with settlement agencies (just like the one that helped connect him with the WES Gateway Program):

“Share with staff at employment and newcomer centres the difficulties you’re facing. They might have solutions for you.”