Living and Working in the Yukon 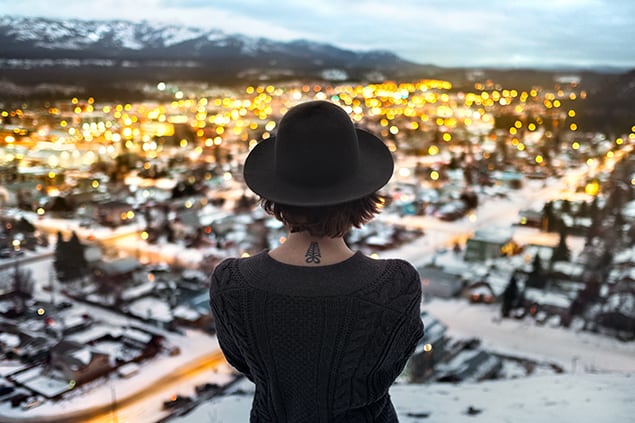 Welcome to Canada’s westernmost territory. Shaped like a right triangle—it shares a 1,210 kilometre-long straight border with Alaska on the west—the territory is named after the Yukon River. Renowned in Canada’s history for the Klondike gold rush, Yukon today is a place with a bustling mix of industries and sectors.

We spoke with Ilka Lasevitz, ESL Program Coordinator at the Multicultural Centre of the Yukon (MCY), to learn about Yukon and what it offers for immigrants. MCY’s main office is based in Whitehorse, the capital city of Yukon.

What are some unique things about Yukon that make it special?

Out of the three territories in Canada, Yukon is the smallest one. It has three of the 42 national parks which include the Kluane National Park and Reserve where Mount Logan, Canada’s highest peak, is located. Yukon is known for its gold, zinc, and lead mines, and it accounts for more than 30 percent of the region’s economy.

The Alaska Highway goes through the Yukon. One of the more famous sporting events in the region is the Yukon Quest, which is known as one of the toughest dogsled races in the world. It runs more than a thousand kilometres between Fairbanks, Alaska, and Whitehorse, Yukon.

The Yukon is great for outdoor activities and there is something for everyone. In the summer, you can go hiking, biking, fishing, or camping, and in the winter, you can go ice fishing, skiing, and cross-country skiing.

If you prefer indoor activities, the Yukon also has museums such as MacBride Museum, which illustrates the Yukon’s history with a collection of nearly 30,000 artifacts, documents, and photographs. There are also great restaurants, art galleries, and theaters that are open year round.

Whitehorse, the capital city, has all the conveniences of a larger city despite our small population. The costs of living, in some cases, are equal to or lower than our southern neighbours. We are a territory that is rich in history, tradition, arts, and culture. You can visit the 14 First Nations located here to learn about their distinct cultures and communities.

Yukon also has a large volunteer base, enabling its residents to become involved with their communities and assist with various events.

Why is Yukon a good destination for immigrants?

Immigrants who select the Yukon as their destination can expect to enjoy an active, but also peaceful lifestyle with many cultural events all year long. The Yukon has a diverse population with 25 percent being of First Nations (Indigenous) descent. It is also home to an active Francophone community, as well as many ethnic and cultural groups.

The Yukon is well known for being a warm, inclusive community, with a host of volunteers who are eager to assist newcomers.

How large is the immigrant population in Yukon?

The Yukon’s total population is 38,293, of which about 11 percent are immigrants. Some of the most common countries of origins among immigrants were the United Kingdom, the Philippines, and the United States.

What are the sectors and professions that immigrants can explore in Yukon?

According to the Yukon Bureau of Statistics, the top three industries in the Yukon in 2011 were public administration, retail, trade, and construction.

What are some support services and programs available for immigrants in Yukon?

The Multicultural Centre of the Yukon is one of the main agencies that welcomes immigrants to the region. There are services to assist in the settlement and integration of immigrants and refugees into the social, economic, cultural, and political life of their community. They offer assistance and programs in the areas of settlement services, language instruction, employment services, and community networking. More information can be found on our website.

Describe Yukon in one sentence.

The Yukon’s tourism motto is “Larger than Life,” and that is what the Yukon really feels like.

Winter in the Yukon can be quite long and the days are short and chilly, but we all embrace the winter season. Seeing the exceptional beauty of the northern lights in person is a sight that will remain with you for a lifetime.

We all love winter, but we certainly look forward to the long daylight hours and midnight sun of summer when we can explore the outdoors. The Yukon has so many lakes and territorial parks that it is hard to choose a favorite: Marsh Lake, Lake Labarge, Pine Lake, Kluane Lake, and Kathleen Lake are just a few of the pristine lakes of the Yukon.

Summer also comes with some important celebrations such as the Pride Weekend and Canada Day. This July 1st, the Multicultural Centre will take place in the Canada Day parade where we will celebrate diversity by hosting a multicultural pavilion that showcases different ethno-cultural groups that live here. This summer, the Yukon will once again host the Men’s World Softball Championship with teams from around the world. MCY has been assigned team Turkey, and we will act as their official Team Host during their stay here.

Finally, we cannot forget the Adäka Cultural Festival at the Kwanlin Dün Cultural Centre on the Whitehorse waterfront from June 30 to July 6. This wonderful event is one of the many opportunities to experience and embrace our First Nations identity.

Thank you for your time and information.