Talent Beyond Boundaries (TBB) matches refugees abroad with career opportunities in Canada, Australia, and the United Kingdom. TBB works directly with governments around the world to open up skilled migration pathways to refugees. 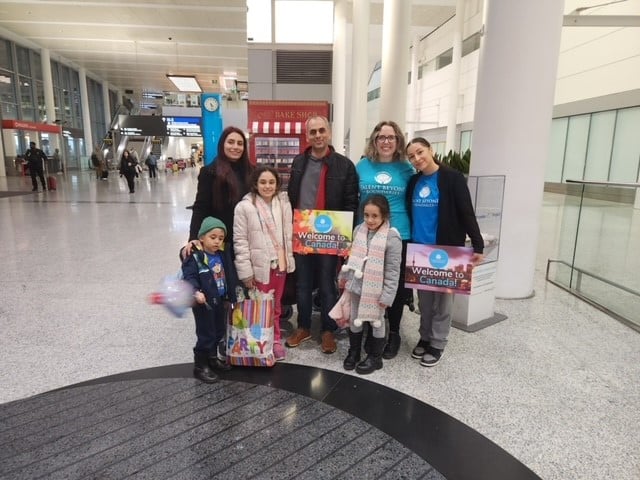 “This groundbreaking pilot welcomes refugees with the skills that Canadian employers need through Canada’s existing economic immigration streams,” says Lara Dyer, Canada Director at TBB. “The result is a win-win-win: employers and communities gain valuable workers and community members, and skilled refugees are able to move to safety and rebuild their lives and their careers.”

The EMPP removes barriers such as limited awareness of immigration pathways and opportunities, limited opportunities to develop relationships with employers and find jobs, or lack of access to technology. On the other hand, employers are often unaware of the skilled refugee talent pools overseas or are intimidated by the immigration process to recruit refugees who are located outside of Canada.

TBB and Jumpstart are working to increase the number of refugees who can benefit from this program in Canada. To advance this goal, the two organizations have established the Refugee500 Taskforce, a coalition of Canadian businesses, refugee-serving organizations, immigration specialists, and refugee leaders. “The Taskforce plays an important role in scaling the EMPP program. It helps us better understand the needs of employers in various sectors across Canada,” says Bassel Ramli, Director, Global Programs, Jumpstart Refugee Talent. “It also enables us to learn from the experiences of candidates who have already relocated through the program. We are very fortunate to have such committed leaders contributing to the implementation and expansion of EMPP.” At the same time, TBB enables Canadian businesses to search for candidates in the Talent Catalog, a unique online platform that collects comprehensive data on the professional profiles of displaced people.

To share an example of how TBB is helping refugees, Lara recounts the story of Omar, a Syrian IT technician who holds a master’s degree in computer engineering. As a displaced person in Lebanon, he found it difficult to obtain work, but with TBB’s help he eventually made his way to Canada, where he was matched with a job at Shopify. Omar is now on the TBB Canada Board of Directors to inform the organization’s work, and he was also recently promoted to Senior Frontend Developer.

Omar’s immigration path was not without its setbacks, including procedural delays incurred as a result of the pandemic, but Omar persevered and was eventually successful. When he received the job offer, he and his wife were overjoyed: “So we were two adults, in our 30s, jumping on a bed, laughing, because we were so over the moon when Shopify Canada told me they would send me a job offer.” 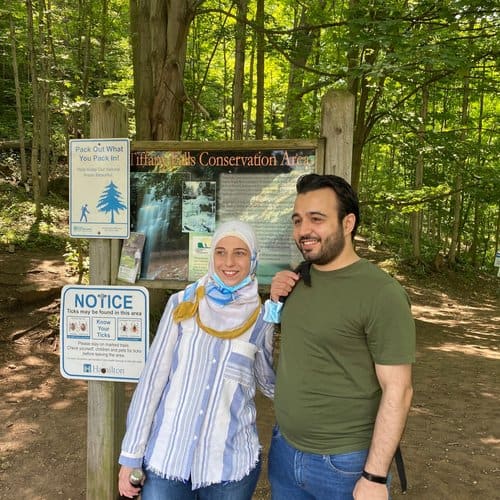 The efforts of TBB and Jumpstart to engage more employers in hiring refugees through the EMPP program are well aligned with the Fund’s mission of changing employer practices to provide equitable opportunities and advance immigrant and refugee economic mobility in Canada and the United States.

“From offering flexibility in the recruitment process – such as hiring for potential, given the limited access to opportunities many candidates face in their current situations – to providing wraparound supports for the new employee and their family upon arrival, the support of employers and settlement agencies is crucial to the success of displaced talent recruitment, settlement, and integration,” Lara says. “Essentially what we’re asking is just for employers and other community members to be good neighbours once candidates arrive in Canada. This also helps with retention of newcomers in the community in the long term.”

Through their work, Lara, Bassel, and their colleagues at TBB and Jumpstart are creating a more inclusive economy in Canada — both by supporting refugees’ efforts to achieve their goals and by raising broader awareness of how immigrants contribute to Canadian communities and economies.