A Racial Equity and Immigrant Justice Partnership with Echoing Green: Meet the Fellows

Earlier this year, the WES Mariam Assefa Fund announced a $1.5 million partnership with Echoing Green to launch the Racial Equity and Immigrant Justice initiative, a fellowship to support immigrants and refugees of color in the United States and Canada. Through Echoing Green’s fellowship program, the initiative is supporting 19 Fellows — six brand-new Fellows, as well as follow-on support for 13 Echoing Green alumni who are addressing systemic issues of racial equity, immigration, and economic mobility to create more equitable communities and economies for all. 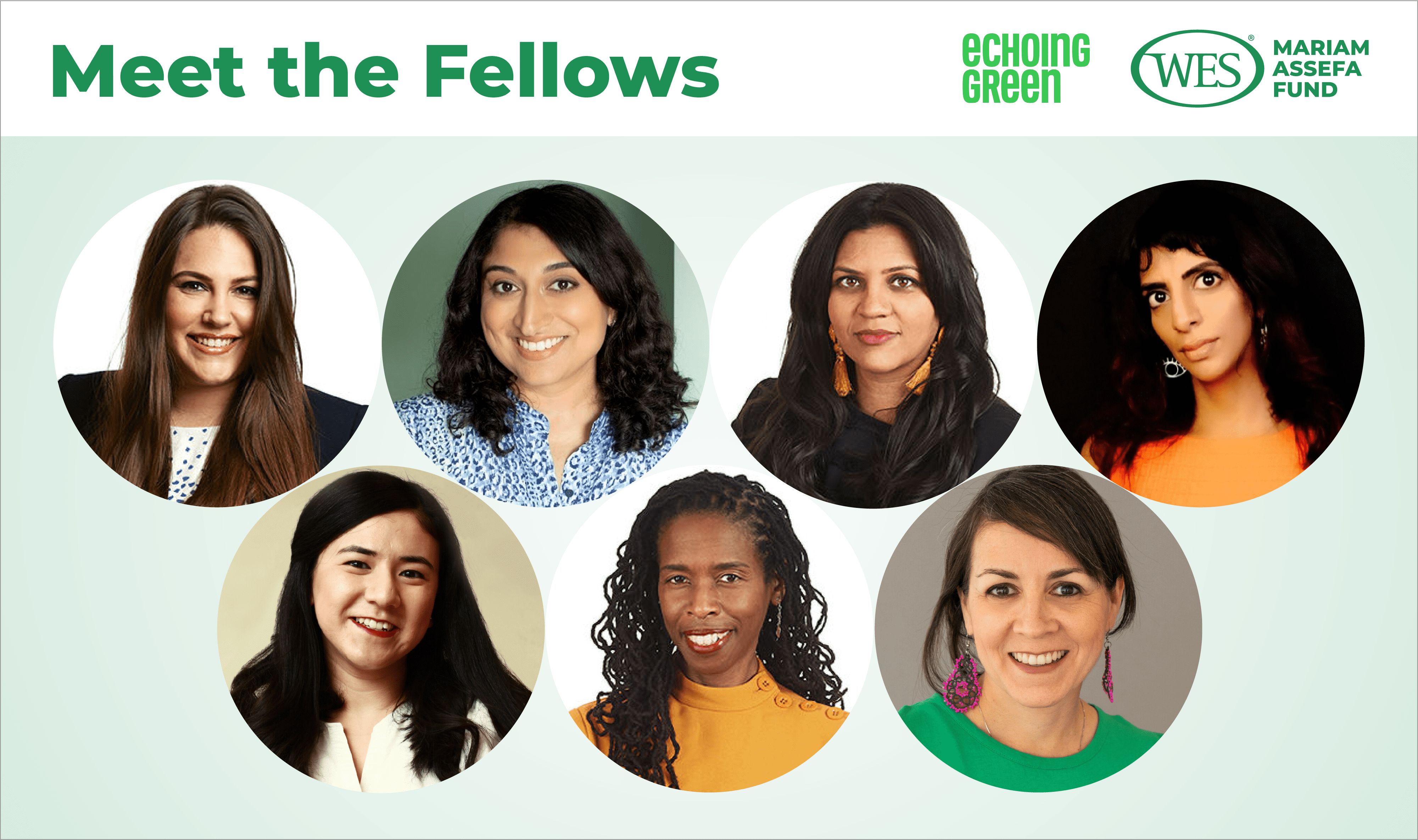 We’re thrilled to introduce the initial Fellows chosen through this partnership thus far, who are taking action to build wealth, realize justice, and create access to opportunities for immigrants and refugees of color.

The following four visionary leaders, all of whom identify as women of color, are newly selected 2022 Fellows. They are receiving an unrestricted grant of $80,000 over 18 months to support their work, gaining access to a community of like-minded leaders, strategic partners, and industry peers, and receiving a continuum of leadership support valued at $200,000 per Fellow, including wellness programming and pro-bono legal support.

The Fund is also supporting the following three Echoing Green alumni fellows to continue building on their critical work. These Fellows will each receive $25,000.

In early December, the WES Mariam Assefa Fund, along with the Echoing Green team, hosted a virtual cohort kickoff for these initial Fellows alongside alumni fellows, providing an opportunity to connect, share about each Fellow’s ongoing work, and identify ways to collaborate and support each other. In 2023, we will have two additional sessions which will include our next cohort of new Fellows.

“The Fund is proud to support these leaders as they address barriers experienced by immigrant, refugee, and BIPOC communities. We are inspired by their passion to drive new solutions toward systemic change on deep-rooted issues such as racial injustice, health care access, and the legal system,” said Nomzana Augustin, senior manager of partnerships and strategic initiatives at the WES Mariam Assefa Fund. “We’re also grateful to partner with Echoing Green to build this network and back social innovators who have direct knowledge and firsthand experience of their communities’ needs.”

We look forward to announcing the next cohort of Fellows that the Racial Equity and Immigrant Justice initiative will support in 2023, and to sharing updates on the efforts of the current Fellows.